Father's Day Ride: That was awesome!!! 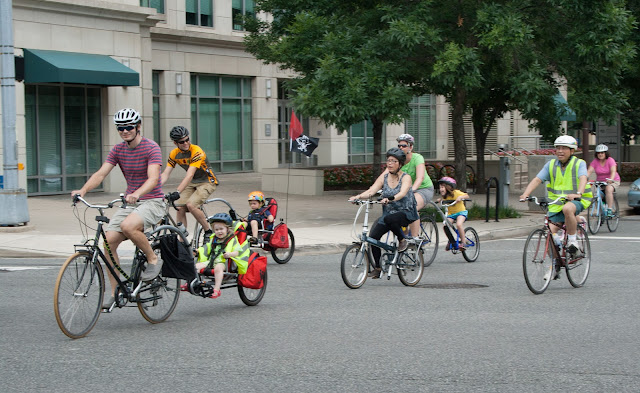 Wow! The Kidical Mass Arlington Father's Day Ride was SO AMAZINGLY AWESOME (at least for me, at the front of the ride). I had a blast seeing everyone and meeting some new faces, young and old.  There were some great kid bike set-ups (see below).

In all I counted 25 separate bikes.  I think 3 kids on their own bikes, a handful of solo adults, then lots of little ones on bikes. We had a number of bikes carrying 3 people!  Thanks so much to eveyone who came out!

An extra special thanks to Mark Blacknell, who captured the event in pictures:
http://www.flickr.com/photos/blackne...7634191601357/

AND thanks to Shawn, who put together another awesome video:
http://www.youtube.com/watch?feature=player_embedded&v=SGuLSKvbxpo 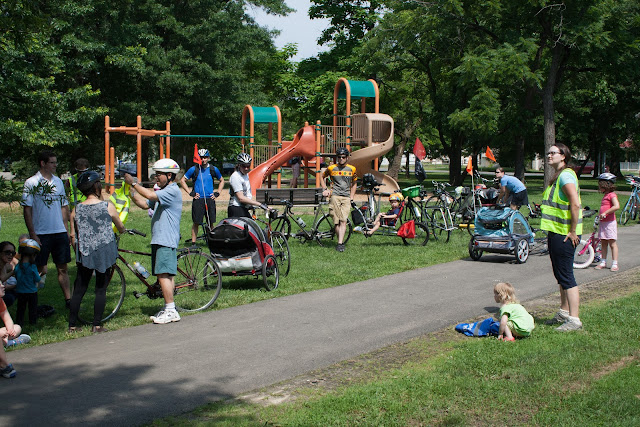 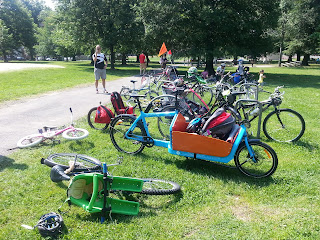 Lots of people eventually got there, with lots of different bikes. 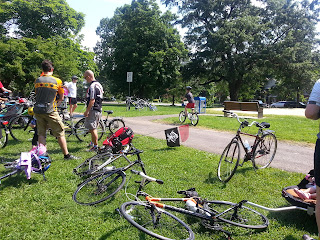 I saw a Bullitt (long-john/cargo bike), an Xtra-cycle (long-tail), some front kid seats, some trail-a-bikes, some trailers, a couple Wee-hoos, and even a folding bike, a CaBi (Capital Bikeshare bike) and a pirate bike! 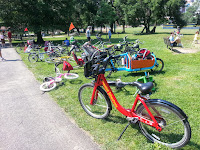 We had a short safety briefing. 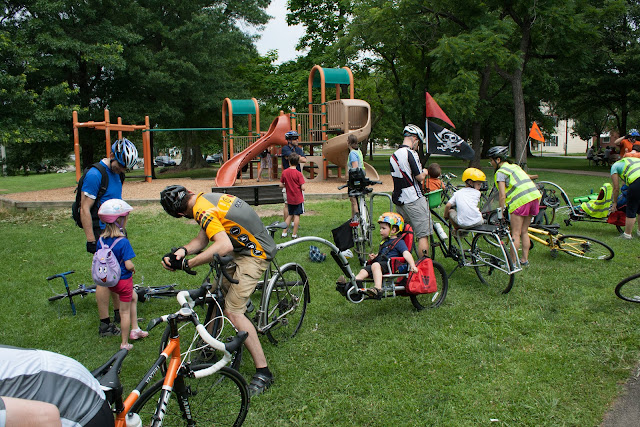 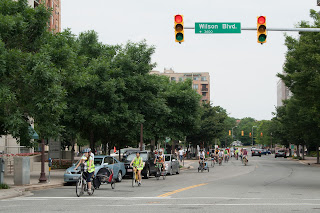 We headed over to Monroe Street, and took advantage of stop lights to cross both Fairfax and Wilson.  (That's where Mark's video was taken).

Then we wandered through Ashton Heights (using the light at Jackson to cross Pershing), and down to near the northwest corner of 50 and Washington Blvd to catch the trailhead for my favorite secret trail! 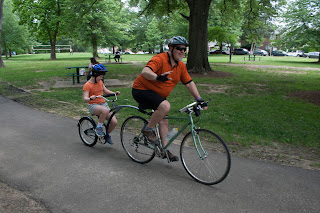 After enjoying the secret trail (and a stop to regroup), we worked our way back through Lyon Park, using the light at Fillmore to cross Pershing. We passed both Lyon Park and Clay Park, but somehow managed to keep all the toddlers in their seats.  Success! 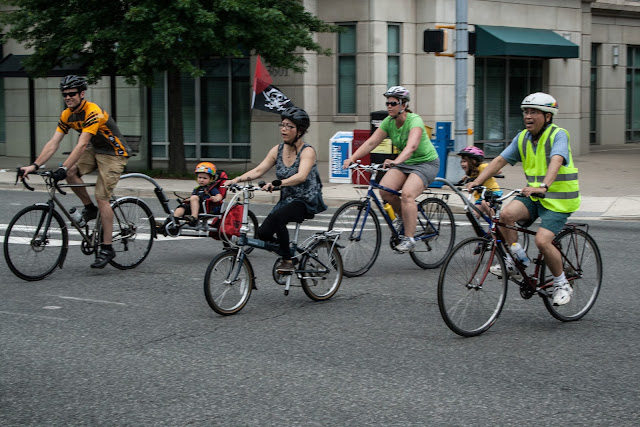 Finally, back in Ashton Heights, we took Monroe north again to cross Wilson and Fairfax, then continued to Washington Blvd, where we enjoyed some delicious BBQ at Rocklands! 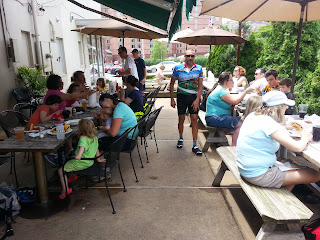 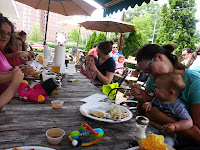 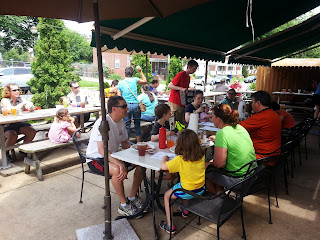 All in all, a wonderful Father's Day. 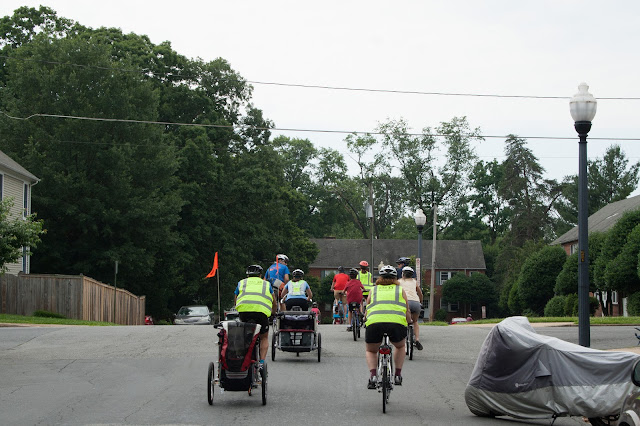