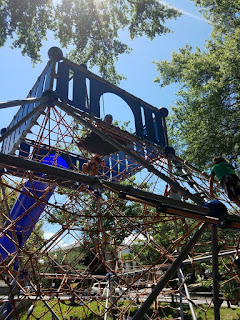 Rocky Run Park is one of the best parks in Arlington, and it's time for Kidical Mass to head back there.  So this Saturday, we're going to hang out at the park for a while, ride around Clarendon and Ashton Heights, and end up at
ICE CREAM (the Carvel beside Mario's in Virginia Square).

We'll "meet" at 10am, but we won't roll out until 10:30am, because it's a really great park.  There are also water and bathrooms.  As an extra bonus, we'll ride through the cemetery, where there are few cars, and it's nice to let the kids go a little. We'll end at Mario's pizza/Carvel Ice Cream on Wilson Blvd (near Virginia Square), where families that want to can stay for ice cream. 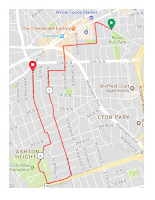 The ride back to Rocky Run Park from Carvel is very easy: https://ridewithgps.com/routes/28208352

The ride is planned for a hair less than 3 miles and it's pretty flat, especially once we've left Rocky Run.